In the Mostviertel region of Lower Austria, Josef Farthofer runs a distillery and an organic farm. Since he grows almost all the ingredients himself, he was able to have his distillery certified organic at an early stage. Of course, the organic corn for this CORN WHISKY 333 also comes from his own fields. In his column still, Josef distills a raw spirit, which is then processed into a fine spirit in a copper still. The distillate matures for four years in ex-red wine barrels. At the Berlin Freimeisterkollektiv, a cask finish in ex-Speckbirne barrels refines the whiskey. 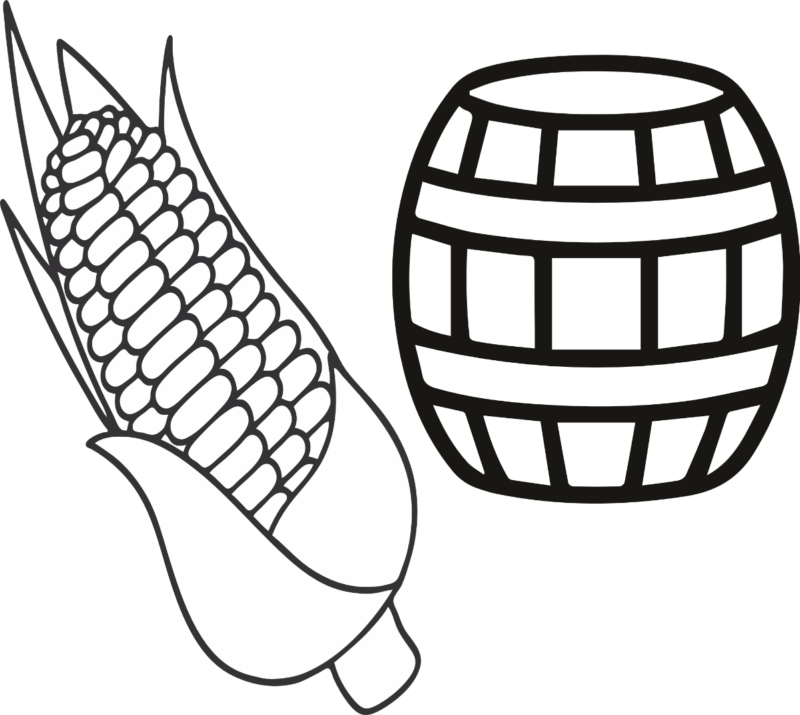 Preparation A whisky distilled from corn certainly evokes associations with bourbon whiskey. We do not want to fulfill these expectations here. Both the production and the ingredients are completely different from the supposed peers from Kentucky or Tennessee. While the mash of most bourbons contains up to 49% rye and/or barley, Josef Farthofer uses only certified organic yellow corn for CORN WHISKY 333.

The corn is ground, mixed with spring water and heated. After saccharification of the starch, baker's yeast is added to start fermentation. The fermented mash of 100% organic corn is then first distilled in a column distillation. The result is a distillate called Low Wine in whiskey production. This is distilled a second time in a copper pot still. This spirit, also known as New Make Whisky or White Dog, is not aged in new American white oak barrels like a bourbon whiskey. Josef matures the high-proof distillate for four years in barrels of domestic oak, which were previously filled with red wine. This gives this whiskey a completely different flavor profile than its distant relatives from the United States. To perfect the flavors, we in Berlin have stored this already matured whiskey another 8 months of a cask finish. In casks previously used to store SPECKBIRNE 302, CORN WHISKY 333 receives an additional aromatic layer.

On the nose, one discovers green apple, oolong tea and slight hints of popcorn. On the palate, plum and baked apple flavors dominate. The finish is marked by bitter almonds and roasted corn. CORN WHISKY 333 is a whiskey that surprises even connoisseurs with its unconventional flavor profile and delights with aromatic complexity. 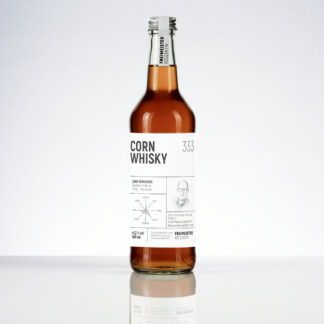