The secret of the “Rabiatperle”: Uhudler vermouth of the Freimeisterkollektiv

Forbidden fruits should taste sweeter and somehow more appealing. Uhudler, a unique wine cultivated in a small Austrian region between southern Burgenland and eastern Styria, has been subject to repeated bans and restrictions. Even today, it is only permitted because it is not classified as a wine per se, but rather as a “fruit wine”. Lisa Bauer transforms this regional and occasionally outlawed specialty into a vermouth for the Freimeisterkollektiv.

Intense aromas of strawberry and black currant create the characteristic taste of the Uhudler. The grape varieties used are highly resistant to phylloxera and other diseases. Uhudler is made from several types ungrafted hybrid grape varieties. The varieties used are hybrids developed from crosses between the European species Vitis vinifera with the North American Vitis labrusca and Vitis riparia. It is the Vitis labrusca that gives the wine its signature strawberry taste. This aroma is also called “foxy”, long considered a derogatory term.

Uhudler hails from the days of the great phylloxera infestation of 1860. The aphid arrived in Austria in the second half of the 19th century. In a scenario resembling the script of a horror film, the pests came along with imports from America and destroyed almost all the grapevines of Europe. Whole wine-growing regions were deprived of their economic mainstay, threatening the very livelihoods of vintners. Within a few years, wine production was reduced to a fraction of its previous output.

With no sign of a solution, desperation grew. Offerings and prayers to the old pagan gods and toads buried near rotten vines proved to be as unsuccessful against the invasion as other “miracle cures” such as cow urine, powdered tobacco, whale oil and countless others. Renowned scientist Louis Pasteur was appointed by the French Ministry of Agriculture as head of a phylloxera commission. However, he too was unsuccessful.

After many failed attempts to halt the devastating pandemic, pest-resistant North American vines were imported into Europe for wine production, including some of those now used in Uhudler. Hybrid direct carrier varieties were created during this time, through numerous crossbreeds between North American and European grape varieties. However, the results did not always appeal to established European tastes. It took the groundbreaking discovery of Jules Émile Planchon, who grafted European Vitis vinifera vines onto the phylloxera resistant rootstocks of American vine species, to save European wine culture.

After the phylloxera invasion was ended, by grafting European vines onto resistant American roots, the unpopular direct carrier varieties fell into disrepute. To damage the reputation of North American vine wines, it was claimed that they contained high levels of methanol and were dangerous to drink. Uhudler was dubbed the “Rabiatperle” (“rabid pearl” in the local dialect), as it was said to make the drinker particularly aggressive. Bans and restrictions on its cultivation and sale resulted and, as is so often the case, led to an increase in popularity.

For winemaker Lisa Bauer, who tends her grandmother’s Uhudler vines, it was a special challenge to transform the typically intense strawberry note of this acidic wine into a harmonious vermouth. 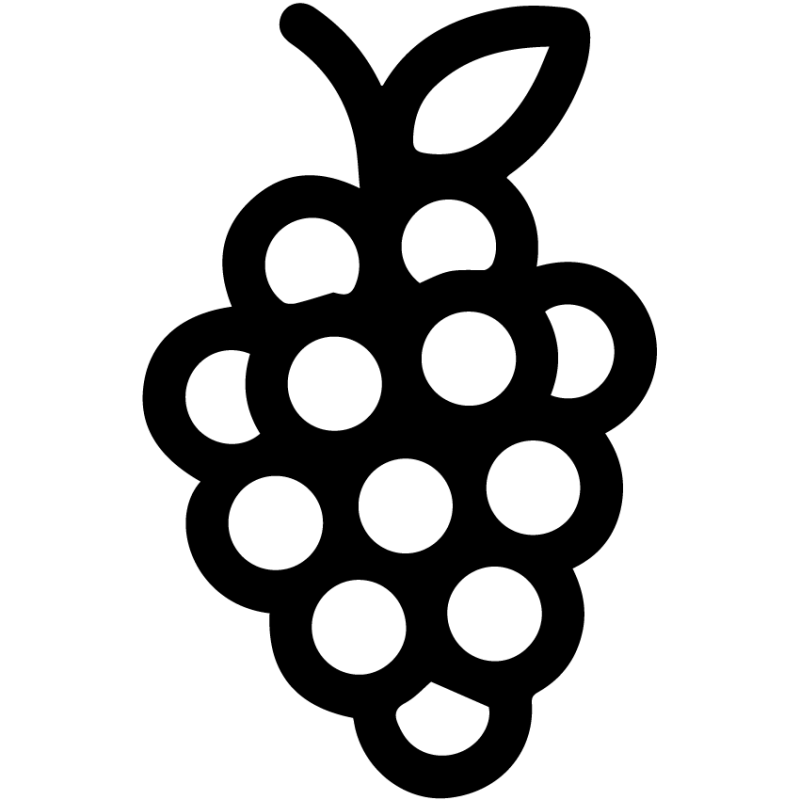 The distillate in Lisa Bauer’s vermouths always comes from the same wine as that which forms the basis of the vermouth itself. She gently extracts all the aromas from this wine at low temperatures through the process of vacuum distillation.

Before she can distill however, she must first make a wine from the Uhudler grapes. Once this Uhudler mash begins fermenting, interruption is impossible. “I tried that a few years ago and failed miserably,” she says. “When Uhudler is fermenting, it has its own dynamics. During spontaneous fermentation, one can see that other yeast strains are active. To stop this, you would have to put it in the freezer.” Uhudler ferments down to 1 gram of residual sugar and the infamous “foxy” aroma, of strawberry and wild berries, already becomes apparent during fermentation. At this point, it is important to remove the wine immediately from the yeast and pour it into a stainless steel tank. Uhudler clarifies very well. As Lisa explains, a 1,000 liter tank, without filtration, will produce a very fine wine with very little cloudiness after four or five weeks.

The herbs for the maceration are selected by Lisa with consideration for the characteristic berry flavours of the Uhudler. In addition to bitter wormwood and gentian root, the fruity components of the Uhudler are emphasized with liquorice root, lemon balm, orange and elderflower blossoms and lemongrass. 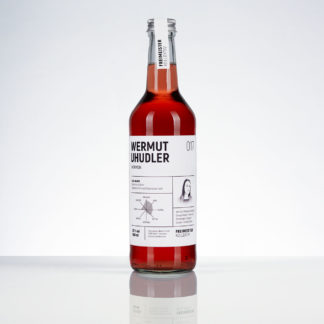