The term shrub derives etymologically from the Arabic word s(h)arab or s(h)arba for drinking. But since our interest is hedonistic and not linguistic, we want to leave it at that and devote ourselves to the renaissance of this drink.

Shrubs are vinegared fruit syrups that have been causing quite a stir in the bar world for some time now. It is a drink with a long and varied history that has almost been forgotten. Precursors can already be found among the ancient Greeks and Romans. The most popular soft drink of that period – one could say: the cola for the ancient world – was Posca, a non-alcoholic drink based on wine vinegar.

The beginning of this story is in South and West Asia, with two different drinks. One is Sharbat or Sherbet, a sweetened drink made from citrus fruits, rose petals and spices that is drunk from the Orient to India in different variations. The other is the ancient Persian drink Sekanjabin, a refreshing drink based on honey and vinegar.

Sherbet spread throughout the 16th century through the trading power of Venice throughout Europe. Legends surround how this non-alcoholic beverage became a popular ingredient for spirits. It is said that English smugglers who hid barrels containing sprits on the hull below the water line. They had to  mix the smuggled alcohol with shrubs to mask the taste of the salt water.

Since shrubs was recognized early as an effective remedy for the vitamin deficiency disease scurvy, from which sailors in particular suffered, the drink soon reached the Caribbean. There was the distillation of rum in the beginning. At that time, this distilled spirit – made from molasses, a fermented waste product of sugar production – was almost unpalatable, and any flavor change welcome.

From North America come the recipes that are reminiscent of the beginnings of this long historical journey. From the 18th century onwards shrubs are mainly being made with acetic acid and served both as a refreshing drink and with alcohol. However, the emerging temperance movement displaces not only spirits, but also shrubs slowly from everyday life. In the United States, at the latest from prohibition, shrubs stand for abstinence and not for ecstasy.

Through this teetotaler image and the development of modern preservation techniques such as refrigerators or industrial pasteurization, acidified fruit syrups fall into oblivion.
Only with the renaissance of the bar culture from before the prohibition also the old recipes for shrubs are rediscovered.

Freimeisterkollektiv teamed up with the Möbus distillery to add two exquisite crafted shrubs to our range.

One is a plum shrub based on rice vinegar and a touch of coriander. The second is an apple quince with apple cider vinegar and some tarragon with a light, special freshness. 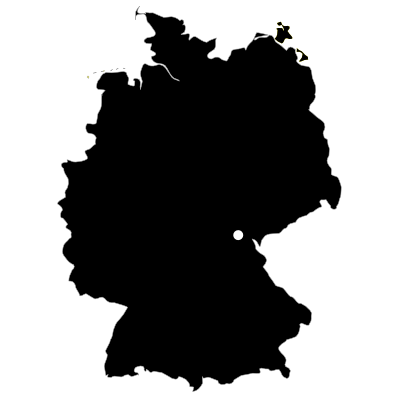 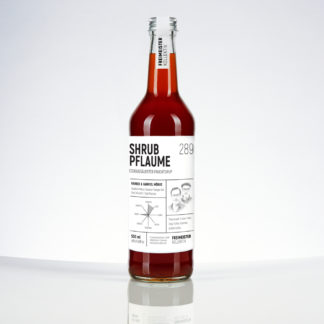